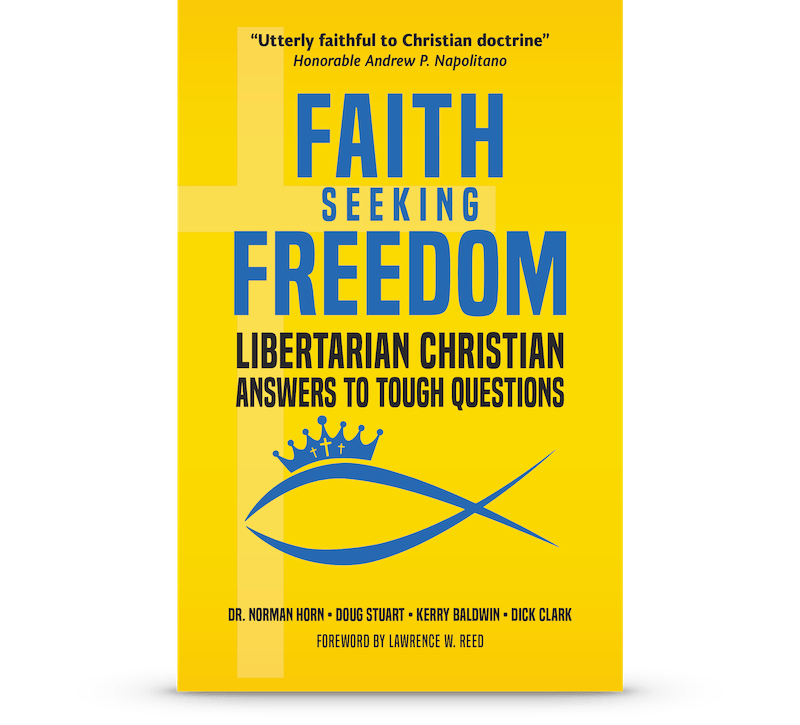 Kerry Baldwin is an independent researcher and writer with a B.A. in Philosophy from Arizona State University. In addition to my content and courses here on my website, MereLiberty.com, She’s also a regular contributor for the Libertarian Christian Institute.

My writing focuses on libertarian philosophy and reformed theology and aimed at the educated layperson; challenging readers to rethink prevailing paradigms in politics, theology, and culture. I am a confessionally Reformed Christian orthodox Presbyterian in the tradition of J. Gresham Machen (1881 – 1937), an outspoken libertarian and defender of Christian orthodoxy.

I became a libertarian, like so many others have in recent years, through exposure to the ideas of Ron Paul and a re-acquaintance with the US Constitution. In late 2016, I was introduced to the works of Roderick T. Long, Gary Chartier, and Gerard Casey (among others), and became convinced of anarchism. I am a reformed libertarian anarchist and hold that to be properly grounded in Reformed Christian convictions, and find an alternative to patriarchialism, feminism, egalitarianism, and complementarianism in a Reformed perspective.

I am a single, homeschooling mother of three. I enjoy outdoor activities in the Jemez mountains near her home, and stereotypically introverted hobbies such as puzzles and brain teasers, reading, and learning more about herbal and nutritional medicine. I enjoy studying Reformational Philosophy by way of Roy Clouser, and appreciate the theology of Meredith Kline, Lee Irons, and Dutch theologians such as Herman Bavinck and Abraham Kuyper.

As some of you may know, I was recently in a debate with libertarian theorist and economist, Dr. Walter Block. We debated his theory of evictionism as a libertarian approach to abortion. I will continue work on a formal paper for peer review which includes the concepts of fetal self-ownership, child’s and parent’s rights (and responsibilities), rape, and differentiating aggressive and non-aggressive abuse.

Exploring a reformed view of identity through the Socratic method. The Socratic method is a time-tested of method of teaching critical thinking and critically exploring ideas. It also teaches self-awareness, self-control, and self-confidence with those who disagree with you.

Your membership gives me an opportunity to pursue my passion, share that passion with you, and also provide for my three kids. You’re not only supporting independent research, you’re giving me the freedom to pass all this on to my children so they can influence the next generation.